Home > INSTITUTE > "I Have Called You by Name" - Proceedings

“‘I Have Called You by Name’. Contribution of Chinese Women to the Church” - Proceedings published

In the wake of the International Women’s Day the Institute for Missiological Studies S.V.D., Sankt Augustin presents a reflection on the vital roles and activities of women in the Christian Churches in China, a still understudied area of research of Christian life in China. The publication “‘The Contribution of Chinese Women to the Church,” features selected contributions of the workshop by the same name held in Sankt Augustin on 25–26 September 2014.

Proceedings of the Workshop “‘I Have Called You by Name’. Contribution of Chinese Women to the Church” (25–26 September, 2014, Sankt Augustin) Published

In 2014, the workshop “I Have Called You by Name”, co-organized by the Monumenta Serica Institute , the China-Zentrum and the Philosophisch-Theologische Hochschule SVD (all located in Sankt Augustin, Germany), as well as the Monumenta Serica Sinological Research Center and the Academia Catholica of the Fu Jen Catholic University (both Taipei, Taiwan), gathered scholars from three continents in Sankt Augustin in the common goal of giving voice to the nameless majority in the Christian Churches in China – women who shaped their congregations in various ways, leading religious lives in voluntary celibacy or acting as missionaries, catechists, teachers throughout history. The fruits of this inspirational scholarly event are now available for a wider readership. Edited by Piotr Adamek S.V.D. (Monumenta Serica Institute, Sankt Augustin, Germany) and Sonja Huang Mei Tin (Monumenta Serica Sinological Research Center, Taipei, Taiwan), this publication a selection of twelve from the original sixteen contributions to the workshop: Ana Cristina Villa Betancourt, “Women in the Church: The Perspective of Mulieris Dignitatem,” Gail King, “Candida Xu (1607–1680), Chinese Christian Woman of Faith,” Claudia von Collani, “Christian Heroines in China: Expectations, Images and Examples,” Sonja Huang Mei Tin, “Chinese Women at Court and in the Church,” Li Ji, “Little Flowers: Chinese Christian Women in Northeast China,” Kang Zhijie, “They are Bright Lilies: Characteristics of the Work of Chinese Catholic Virgins,” R.G. Tiedemann, “Chinese Female Propagators of the Faith in Modern China: The Tortuous Transition from the ‘Institute of Virgins’ to Diocesan Religious Congregations,” Fredrik Fällman, “‘Two Small Copper Coins’ and Much More: Chinese Protestant Women and Their Contributions to the Church: Cases from Past and Present,” Fr. Tang Yaoguang, “The Challenges and Response of the Catholic Church in China during the Late 19th and First Half of the 20th Century: Xu Zongze’s Views on Women,” Sr. Kwong Lai Kuen, “Progressing Toward a Spirituality of Chinese Women in the Holy Spirit – A Spirituality of the Holy Spirit: An Explanation of Female Spirituality in the Holy Spirit,” Piotr Adamek, “Unworthy to Be Quoted among the Believers – Worthy to Be Quoted among the Martyrs: Women in the Orthodox Church in China,” and Katrin Fiedler, “Invisible and Invincible: Changing Female Roles in the Chinese Protestant Church and Their Perceptions.” 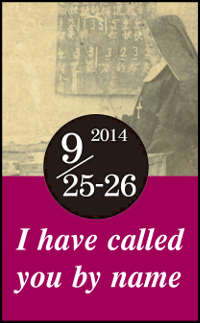 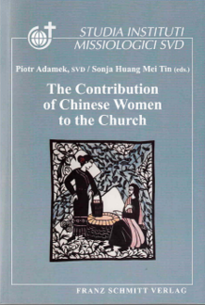