Home > INSTITUTE > Hermeneutics of Understanding the Confucian Idea of Truth

Hermeneutics of Understanding the Confucian Idea of Truth: Junzi 君子 as a Truth-bearer according to Lunyu 論語

In the second part, on the basis of the Lunyu, the author explores the Confucian idea of junzi  君子 (the noble people) as the Dao-truth bearers. It is beyond doubt that the Confucian idea of truth, similarly to ancient Greece, was based upon the category of compliance (the correspondence theory of truth). What we deal with here is first of all the correspondence theory of individual and moral truth, i.e., a junzi as being in compliance with ren 仁 -humanity (human nature) and li 禮-ritual (the appropriate expression of ren-humanity and other moral attitudes in a society) as well as with the correspondence theory of social and political truth, i.e., as being in compliance with Tiandao  天道 – the Heavenly order which, according to Confucius, was implemented as early as in the beginnings of Chinese history. Both forms of this correspondence idea of truth belong to the ethical and moral dimension of truth. Moreover, from the language philosophy’s point of view, the so-called rectification of names (zhengming  正名) is in the first place a pragmatic – and not so much a semantic category. 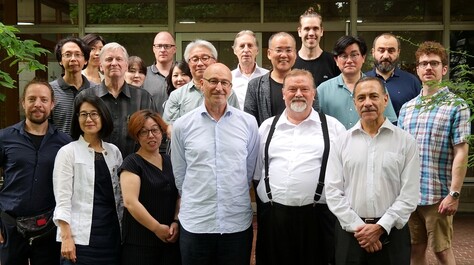