Six weeks after his death, on 10 January 2020, the Monumenta Serica Institute and the China-Zentrum together held a memorial service for Fr. Roman Malek (1951–2019), their former Director and Editor-in-chief. Around one hundred guests attended the service in the crypt of the S.V.D. seminary in Sankt Augustin, Germany, some of them coming directly from Belgium, Switzerland, and Italy for this event. They bade farewell to the eminent Sinologist and Divine Word missionary who had passed away in Poland on 29 November and was buried at the S.V.D. cemetery in Górna Grupa on December 2. In his sermon Fr. Zbigniew Wesołowski, director of Monumenta Serica, recalled Fr. Malek’s passionate commitment to China, as a scholar, an editor, and a missionary priest. In fact Fr. Malek integrated three cultures in him, Polish culture by birth, German culture by residence, and Chinese culture as his aim of research. His manifold activities and contacts vastly contributed to raising awareness for China and the Chinese Church. “He has probably ascended to Heaven by now and talks about China there,” assumed Fr. Martin Welling, director of China-Zentrum.

After the service everybody was invited to the assembly hall of the S.V.D. seminary to watch a presentation of photos from different stages of Fr. Malek’s life and to exchange their treasured memories of Fr. Malek during a get-together. 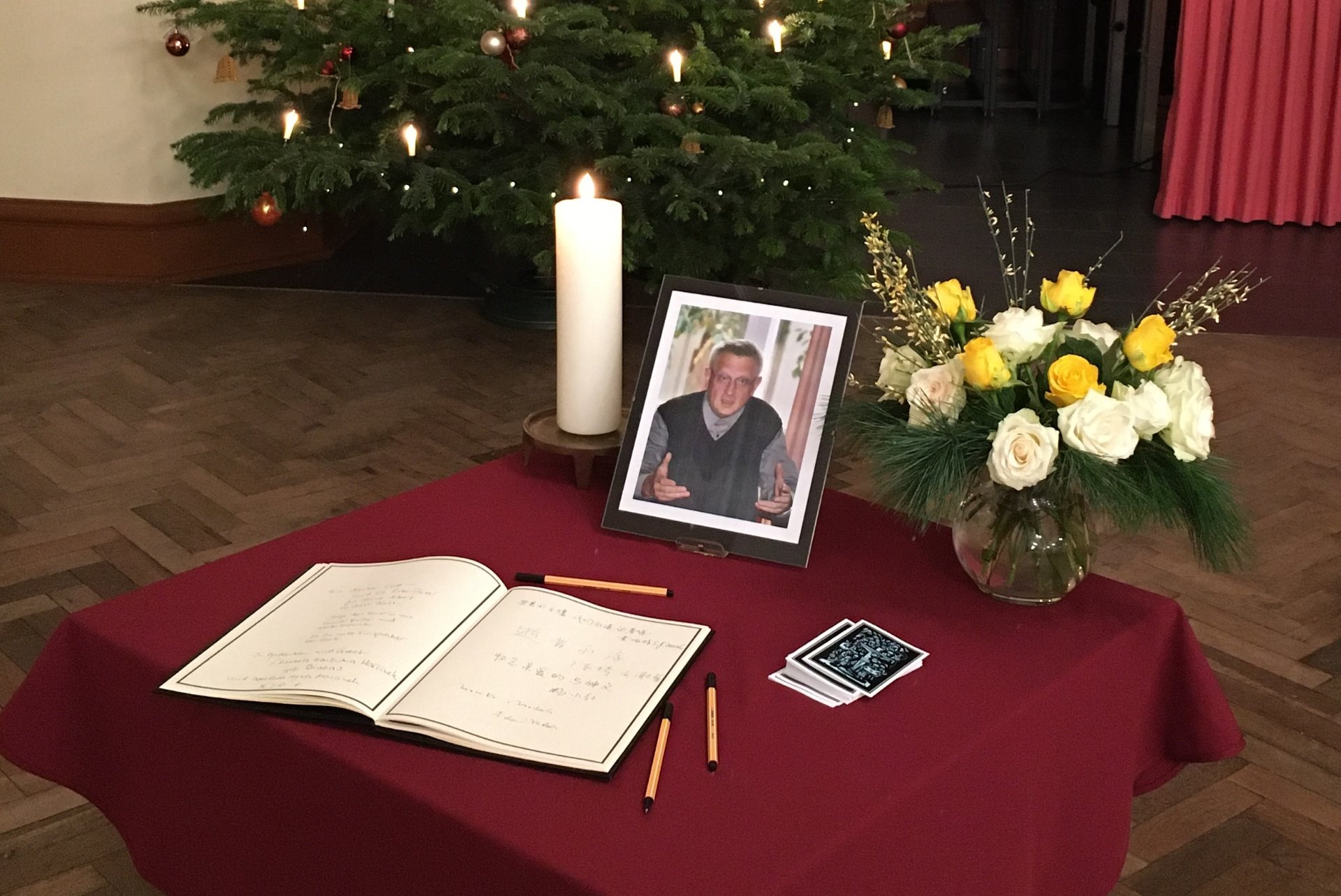